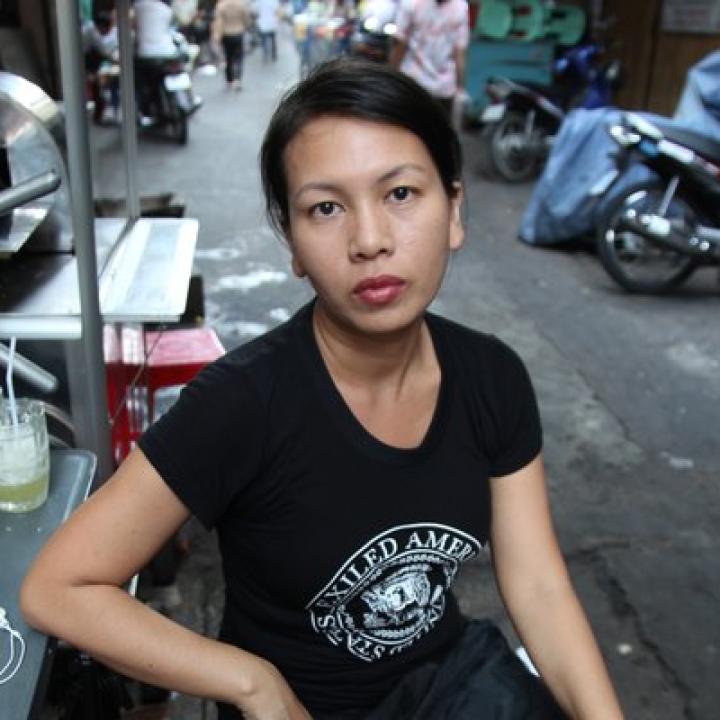 Anida Yoeu Ali (b.1974, Battambang) is an artist whose works span performance, installation, video, images, public encounters, and political agitation. She is a first generation Muslim Khmer woman born in Cambodia and raised in Chicago. After residing for over three decades outside of Cambodia, Ali returned to work in Phnom Penh as part of her 2011 U.S. Fulbright Fellowship. Utilizing an interdisciplinary approach to artmaking, her installation and performance works investigate the artistic, spiritual and political collisions of a hybrid transnational identity.

Ali’s artistic work has been the recipient of grants from the Rockefeller Foundation, Ford Foundation, the National Endowment of the Arts and the Illinois Arts Council. Ali earned her B.F.A. from University of Illinois (Urbana-Champaign) and an M.F.A. in from School of the Art Institute Chicago. She is a founding collaborative partner of Studio Revolt, an independent artist run media lab in Phnom Penh, Cambodia. Studio Revolt’s public performances and resulting images of Gallery X and Public Square were part of Our City Festival 2011 and 2012 (Phnom Penh). Ali’s The Buddhist Bug, a multidisciplinary work that investigates displacement and identity through humor, absurdity and performance, has been exhibited in Phnom Penh galleries, Singapore International Photography Festival, Malaysia Heritage Centre Singapore, Southeast Asia ArtsFest London, and featured at the 5th Fukuoka Asian Art Triennale where Ali participated as an artist in residence. 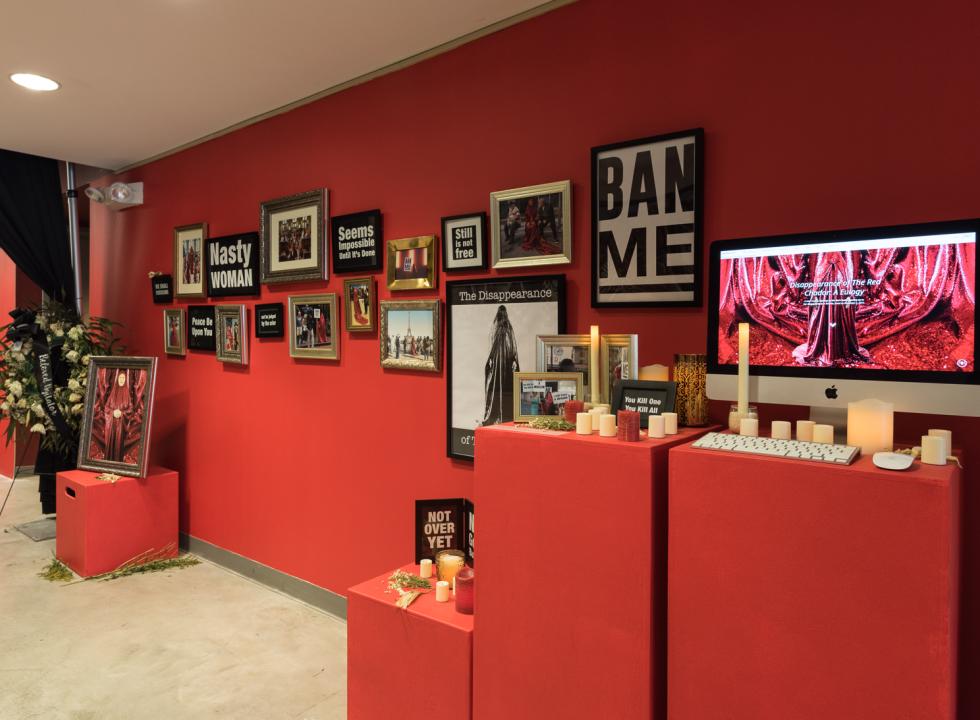 Disappearance of The Red Chador: A Eulogy

In May 2018, Anida Yoeu Ali suffered the loss of her work The Red Chador which was dubiously lost in transit upon the artist's return to the U.S. from a performance in Ramallah. This installation pays tribute to The Red Chador, who spent her life unveiling the possibility and dangers of encounter in a world in which the chador is seen as physical marker of otherness in terms of racial profiling and the anti-Muslim “global war on terror.”