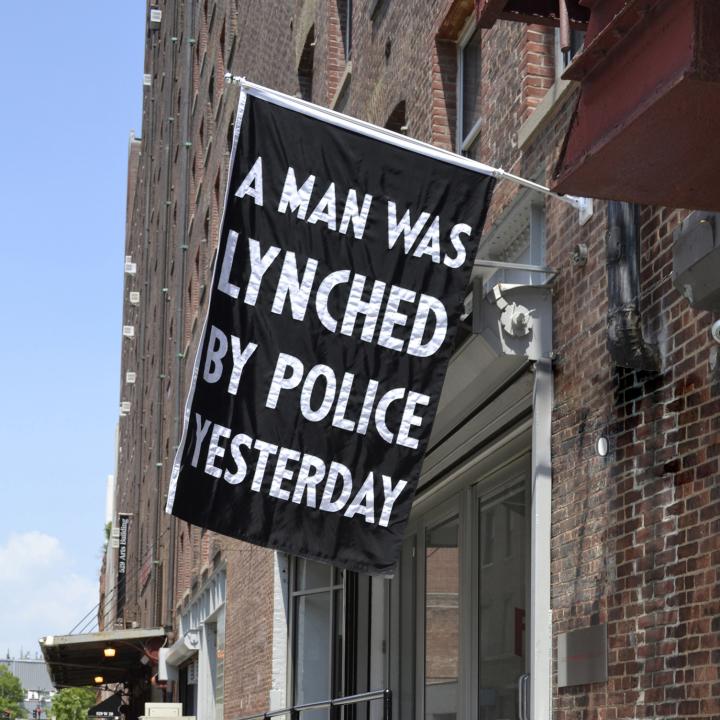 Dread Scott makes revolutionary art to propel history forward. He first received national attention in 1989 when his art became the center of controversy over its use of the American flag. President G. H.W. Bush declared his artwork What is the Proper Way to Display a U.S. Flag? “disgraceful” and the entire US Senate denounced this work and outlawed it when they passed legislation to “protect the flag.” To oppose this law and other efforts which would effectively make patriotism compulsory, he, along with three other protesters, burned flags on the steps of the US Capitol. This resulted in a Supreme Court case and a landmark First Amendment decision. His art has been exhibited at the MoMA PS1, the Contemporary Art Museum Houston, The Walker Art Center and at the Pori Art Museum in Pori, Finlandas well as on view in America is Hard to See, the Whitney Museum’s inaugural exhibition in their new building. In 2012, BAM (Brooklyn Academy of Music) presented his performance Dread Scott: Decision as part of their 30th Anniversary Next Wave Festival. In 2008, the Museum of Contemporary African Diasporan Arts presented Dread Scott: Welcome to America. Winkleman Gallery and Cristin Tierney in New York have exhibited recent work and his public sculptures have been installed at Logan Square in Philadelphia and Franconia Sculpture Park in Minnesota. His work is in the collection of the Whitney Museum of American Art, the New Museum of Contemporary Art (NY) and the Akron Art Museum (OH). Dread works in a range of media including performance, photography, screen printing, video, installation and painting. His works can be hard-edged and poignant. He plays with fire—metaphorically and sometimes literally—as when he burned $171 on Wall Street and encouraged those with money to burn to add theirs to the pyre. The breadth of media he explores is unified by the themes he addresses and how he handles them. His art illuminates the misery that this society creates for so many and it often encourages the viewer to envision how the world could be. 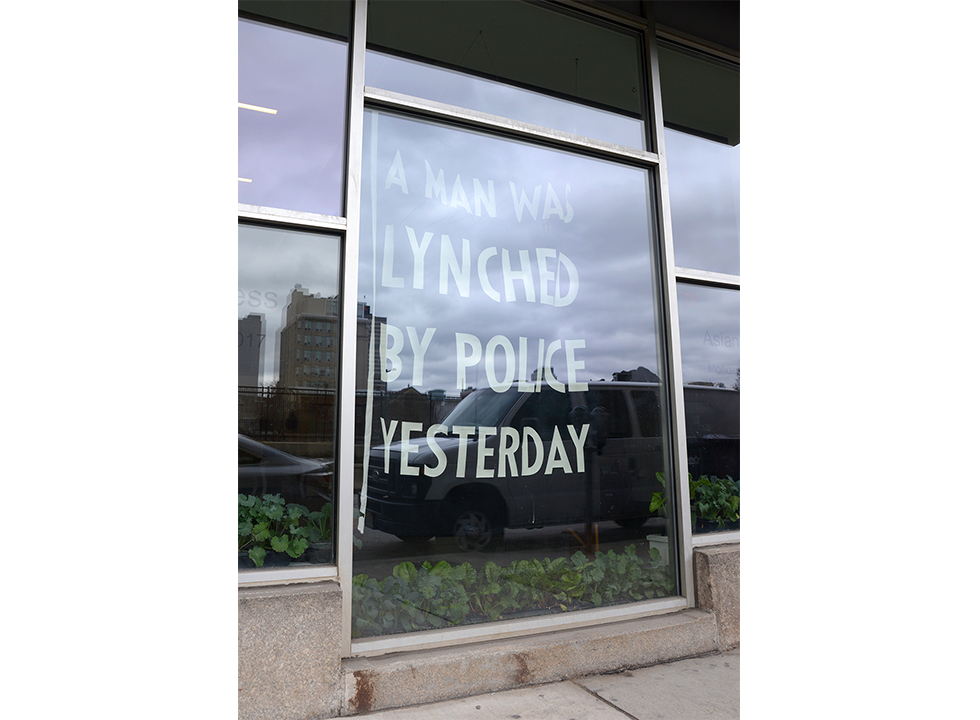 A Man Was Lynched By Police Yesterday

In 2015, Walter Scott fled for his life, stalked by a policeman who then cold bloodedly shot him in the back. In response to this murder the artist created this simple banner, an update of an iconic flag that the NAACP flew from their national headquarters window in New York in the 1920-30s the day after someone was lynched. The original banner read simply: “A Man Was Lynched Yesterday” and was part of the NAACP's national anti-lynching campaign.