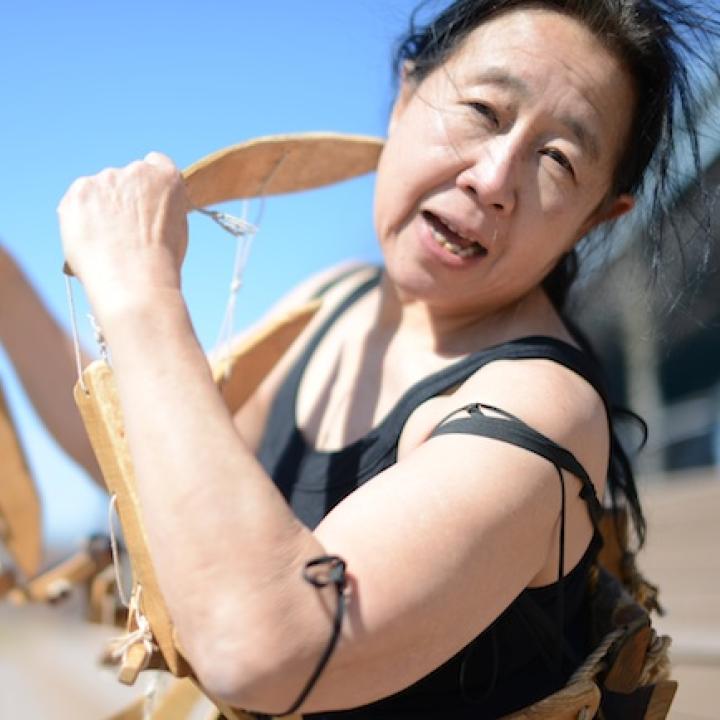 Eiko Fan has a background in woodcarving and incorporates wood sculpture costumes with performance, in what she calls Live Wood Sculpture. For these performances, she has worked with dancers, actors, musicians, her own children and people with learning differences. In developing these performances, she has learned how to work with people, respecting everyone’s unique background and ability. Eiko encourages them to express their own ideas in their performances. She uses this approach when working with students with disabilities.  She creates the best situation for people to create and coaches them to come up with their own art. She does not tell them how to do it, but instead allows them to jump in and do their own art, utilizing their own ideas and their own personal style. She believes art tells each student’s personal story, even if they are unable to speak. 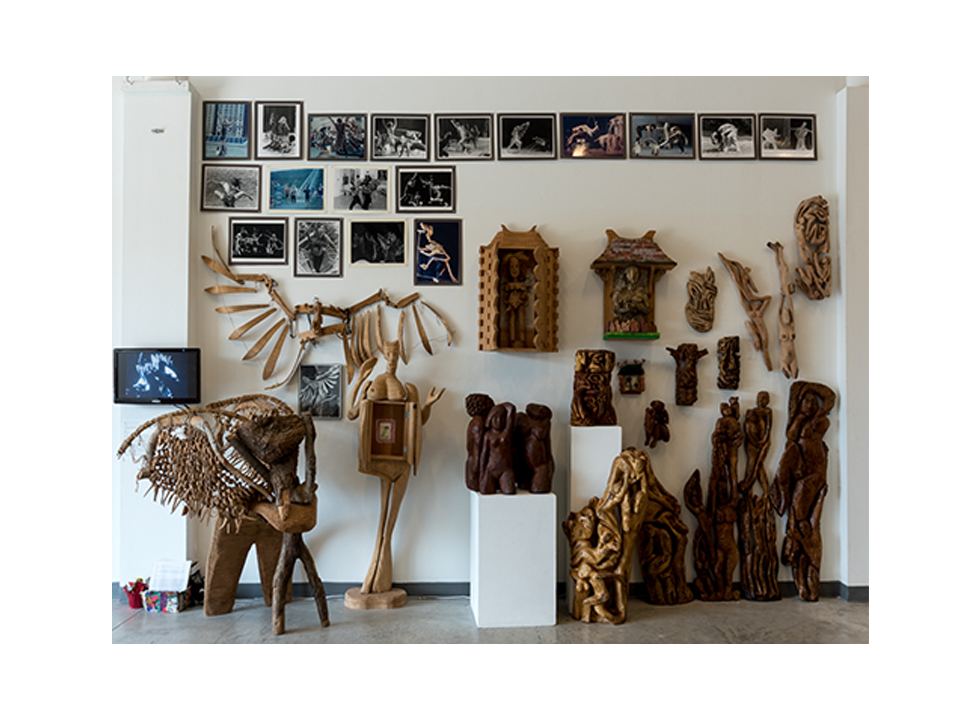 This installation by Philadelphia-based sculptor and performance artist Eiko Fan includes a range of her work spanning several decades from the early 1980s through the present. The artist has included photos of her Live Wood Sculpture events from 1983 through 1999, which combines the use of portable sculptures and improvised pantomime and music.

While a student at the Graduate School of Fine Arts at University of Pennsylvania, Eiko Fan met legendary filmmaker and photographer Rudy Burckhardt, who was teaching there and had been a part of the circle of pioneering artists in New York City, including Yayoi Kusama and Jackson Pollack among them. Burckhardt collaborated with Eiko Fan on numerous performances for film, which are featured in this video.