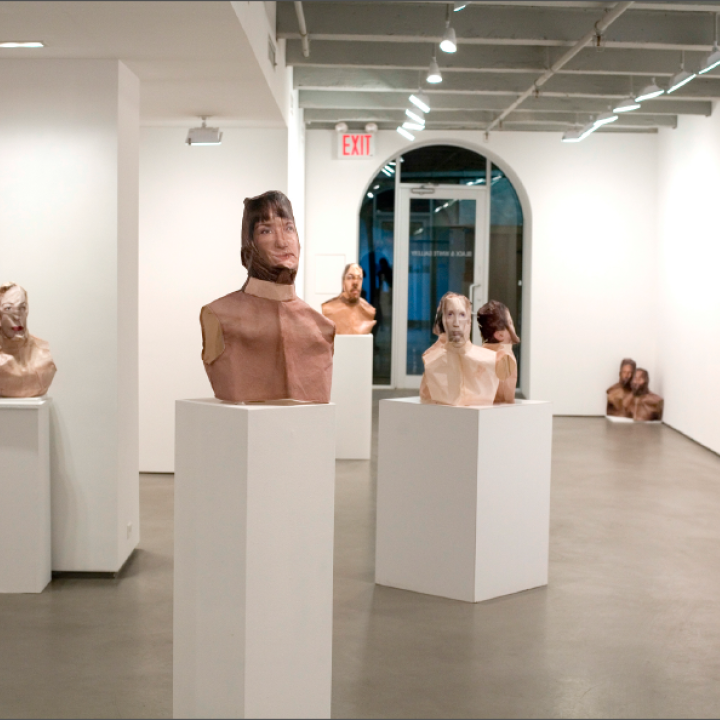 Elia Alba was born in New York City. She received her Bachelor of Arts from Hunter College in 1994 and completed the Whitney Museum Independent Study Program in 2001. Her work has been exhibited at Studio Museum in Harlem, El Museo del Barrio; The RISD Museum; Stedelijk Museum, Amsterdam; Science Museum, London; ITAU Cultural Institute, Sao Paolo, Museo Nacional Centro de Arte Reina Sofía, Madrid and 10th Havana Biennial.  Awards include, Studio Museum in Harlem Artist-in Residence Program, LMCC Workspace Program, New York Foundation for the Arts Grant; Pollack-Krasner Foundation Grant and Joan Mitchell Foundation Grant. Her work is in the collection of the Lowe Art Museum, El Museo del Barrio, the Smithsonian American Art Museum, among others.  She is a member of the board of directors for The New York Foundation for the Arts (NYFA).  For the past 4 years she has been working on a publication / event series titled “The Supper Club”, currently with The 8th Floor, Rubin Foundation.  A solo show on "The Supper Club" is forthcoming late Spring 2017.

In this installation, Alba merges the traditional form of representation, the classic bust, with symbolic portraiture of non-western cultures. This experimental vision of subjectivity not only comments on the ephemeral nature of identity, but also presents the viewer with a collapse of perceptions.