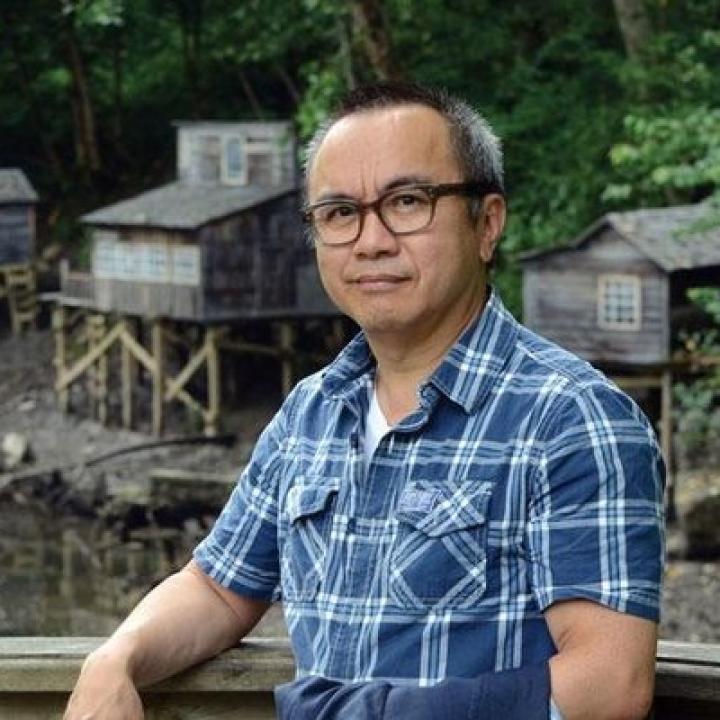 Vancouver-born artist Ken Lum, is known for his conceptual and representational art in a number of media, including painting, sculpture and photography. A longtime professor, he currently is the Chair of Fine Arts at the University of Pennsylvania’s School of Design in Philadelphia. He was formerly Professor of Art at the University of British Columbia, Vancouver where he was also Head of the Graduate Program in Studio Art; Bard College, Annendale on Hudson, New York, and the l’Ecole des Beaux Arts, Paris.  Besides English, Lum speaks French and Cantonese Chinese.

A co-founder and founding editor of Yishu: Journal of Contemporary Chinese Art, he is a prolific writer with numerous published articles, catalogue essays and juried papers.  In 2000, he worked as co-editor of the Shanghai Biennale. As well, Lum was keynote speaker at the 2010 World Museums Conference held at the Shanghai Museum in Shanghai, the third conference accompanying the 15th Biennale of Sydney in Sydney, Australia in 2006 and the Universities Art Association of Canada conference held in Vancouver in 1997. As an artist, he has a long and active art exhibition record of over 30 years, including major exhibitions such as Documenta 11, the Venice Biennale, Sao Paolo Bienal, Shanghai Biennale, Carnegie Triennial, Sydney Biennale, Busan Biennale, Liverpool Biennial, Gwangju Biennale, Moscow Biennial, Whitney Biennial, among others.

Since the mid 1990s, Lum has worked on numerous permanent public art commissions including for the cities of Vienna, the Engadines (Switzerland), Rotterdam, St. Louis, Leiden, Utrecht, Toronto and Vancouver. He has also realized temporary public art commissions in Stockholm, Istanbul, Torun (Poland), Innsbruck and Kansas City.  He is currently working on a memorial to the 1986 Lake Nyos disaster for the Government of Cameroon.  Related to his public art, he has written several essays on the nature of subject formation and public space.

Lum’s public art often deals with individual and social identity formation in the context of historical trauma and the complications of official and non-official memory.  In 2016, he completed a memorial to the Canadian war effort in Italy during World War 2.  The work is sited in Nathan Phillips Square of Toronto City Hall and depicts the town of Ortona, Italy, in the aftermath of war while four soldiers stand sentinel at each corner of the low-perspective work. 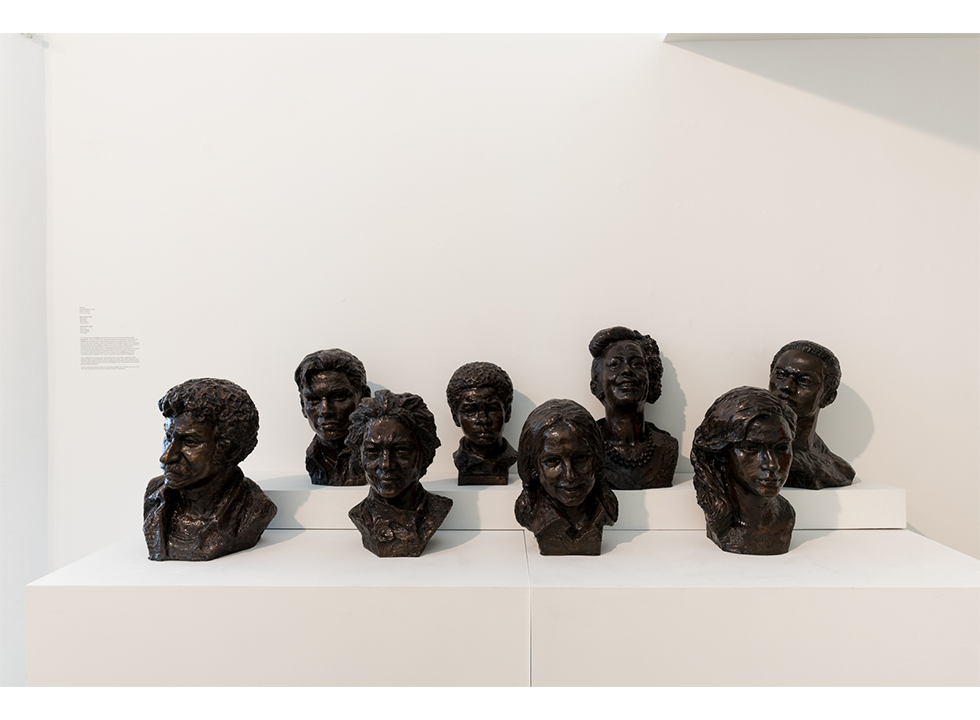 For Then and Now, Philadelphia-based and Vancouver-born artist Ken Lum presents Tragic Philadelphians, a series of nine bronze sculptural busts that capture the likeness of tragic heroes from Philadelphia’s many alternative or lesser known communities.