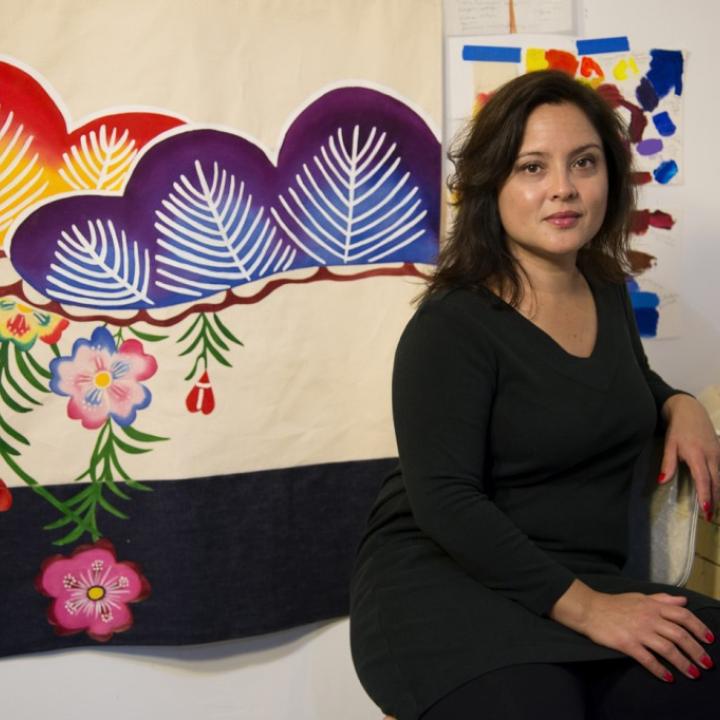 Born in California and raised in the Pacific Northwest, Laura Kina is a mixed-race Okinawan American artist and scholar based in Chicago. She earned her MFA from the University of Illinois at Chicago studying under Kerry James Marshall and a BFA from the School of the Art Institute of Chicago. She is currently the Vincent de Paul Professor of Art, Media, & Design and Director of Critical Ethnic Studies at DePaul University. Kina is a 2019 Joan Mitchell Foundation Artist-in-Residence awardee, 2018 3Arts 3AP, and 2011 National Endowment for the Arts grants recipient. Her work has exhibited nationally and internationally including India Habitat Centre and India International Centre, Nehuru Art Centre, Okinawa Prefectural Art Museum, Chicago Cultural Center, Spertus Museum, the Japanese American National Museum, the Rose Art Museum, and the Wing Luke Museum of the Asian Pacific American Experience.

Kina’s work is in the HilgerBROTKunsthalle collection (Austria), DePaul School of Music, North Eastern Illinois University, and in private collections across the US, including the collection of Chicago gallerist Monique Meloche.

Chicago-based artist Laura Kina's work has touched on the topics of global labor, mixed race identities, and her family’s history as Okinawan sugar plantation workers in Hawai‘i. In her three paintings featured in Then and Now, the artist has painted the portrait of her child Midori as a baby, at age 7, and again at age 12, as a reflection of her child's exploration of racial and gender identity.