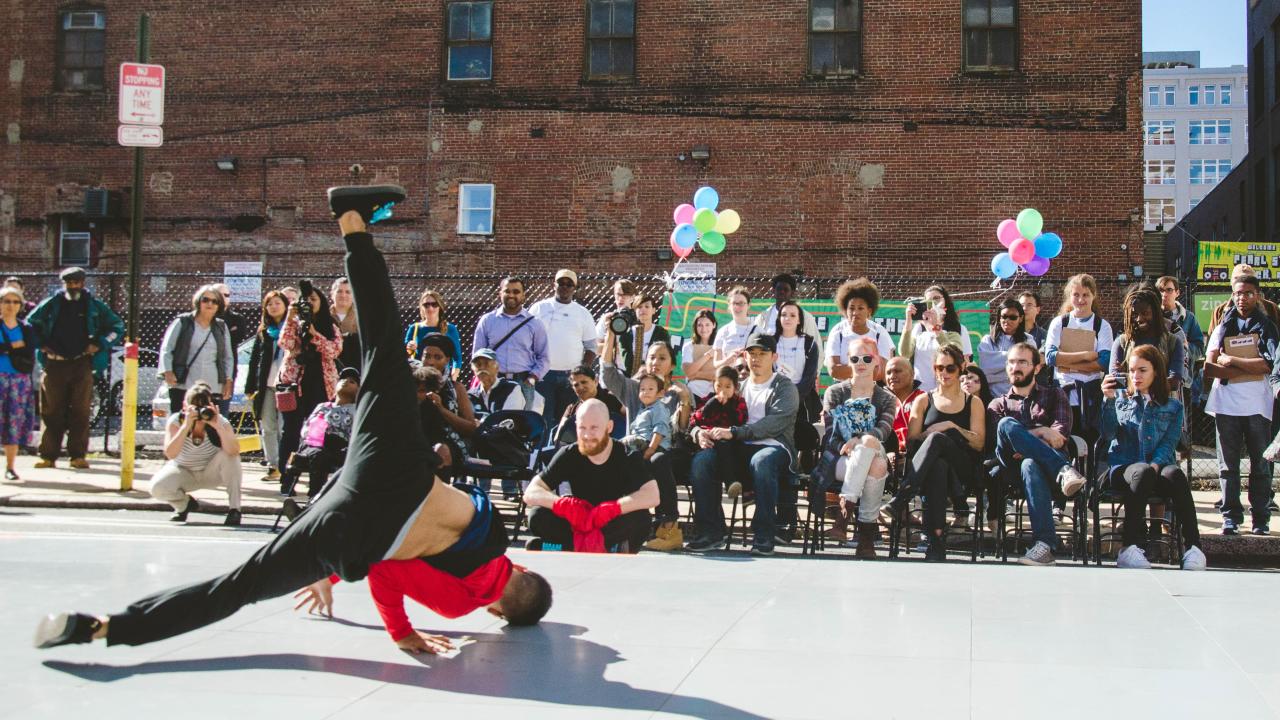 The Pearl Street Project transformed the four blocks of Pearl Street that run from 10th to Broad Street into a more vibrant cultural space within Philadelphia’s Chinatown North/ Callowhill neighborhood. Asian Arts Initiative led a multi-year effort to transform the neglected alley into a community asset that connected the diverse constituents in our neighborhood and beyond; including the homeless shelter from one end of our block to the luxury loft apartments on the other, and the wealth of artists, immigrants, and community members interspersed throughout.

In the initial phase of envisioning Pearl Street as a culturally vibrant space, Asian Arts Initiative partnered with Oakland- based landscape architect and artist Walter Hood and a range of local stakeholders.

Since 2013, the Annual Pearl Street Block Party has brought neighbors together around creative activities, and community showcases, to experience and re-envision together the future of alley, and the neighborhood. In addition, The Pearl Street Pop-Up Series presented new strands of arts programming in the unconventional setting of the Pearl Street alley in Chinatown North. Over the 2015, 2016, and 2017 summer seasons, a collection of temporary installations and projects have animated the street. Events and happenings have included visual art installations and site-specific performances inspired by the physical and social landscape of the alley and the wider neighborhood.

With a national award from ArtPlace America, Asian Arts Initiative also partnered with a range of artists to commission the Pearl Street Pop-Up Series, an annual summer series of temporary installations and projects that have animated the street, and facilitated interaction among neighbors.