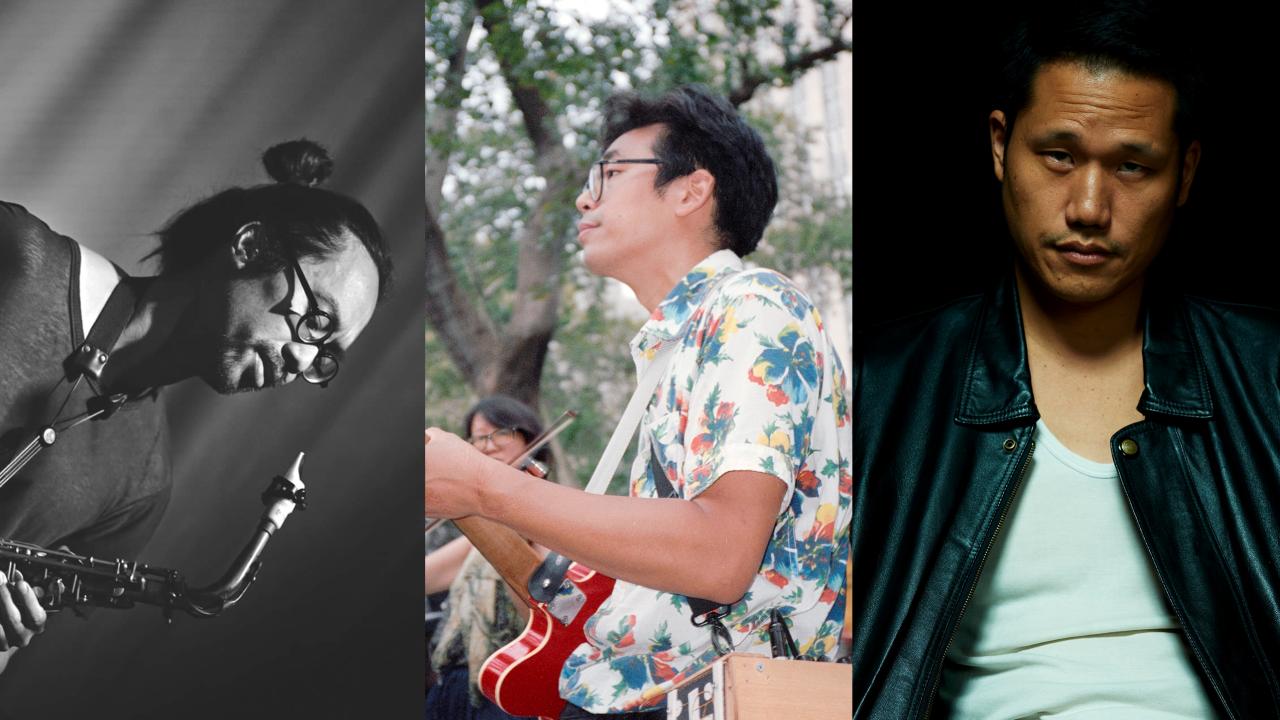 Join us on December 6 for a night of radical music with multi-instrumentalist and composer Patrick Shiroishi, who will be playing with Che Chen of 75 Dollar Bill and Alex Zhang Hungtai of Dirty Beaches. The multi-faceted instrumental trio are sure to captivate fans of experimental music. Asian Arts Initiative is thrilled to be hosting such musically influential and diversely influenced performers. Doors open at 7pm and show starts at 8pm.

Patrick Shiroishi is a Japanese-American multi-instrumentalist and composer based in Los Angeles who is perhaps best known for his extensive and incredibly intense work with the saxophone.  Over the last decade he has established himself as one of the premier improvising musicians in Los Angeles, playing solo and in numerous collaborative projects.  Shiroishi may well be considered a foundational player in the city's vast musical expanse. patrickshiroishi.com

Che Chen is a multi-instrumentalist based in Queens, NY. Born in 1978 to Taiwanese immigrant parents, he grew up in the suburbs of Washington D.C. and played bass in bands before studying painting, printmaking and sculpture. Drawn back to the social and collaborative aspects of music making, he has been an energetic presence in New York City's experimental underground as a band leader, improviser and show organizer since the early 2000s. In 2012 he and percussionist Rick Brown formed 75 Dollar Bill, a community-based, multi-generational, multicultural ensemble that combines free improvisation, rock, minimalism, and African and Asian music traditions. Though primarily a self-taught musician, Chen took a two week crash course in the Moorish modal system with Jeich Ould Chigaly in Nouakchott, Mauritania in 2013, an experience to which his approach to guitar is deeply indebted. Something of a non-specialist, he also performs and records on percussion, violin, contrabass, woodwinds and crude electronic devices. He organizes concerts at DIY venues throughout the city, including the monthly concert series Fire Over Heaven at Outpost Artist Resources in Ridgewood. chechen.bandcamp.com

After retiring his project Dirty Beaches, Alex Zhang Hungtai has been focusing on explorations of improvised music, Free Jazz, film scores and compositions. Zhang predominantly works with saxophone, synthesizers, percussion and piano, furthering his research on ritualistic music of liminality and its correlation with the unconscious mind.