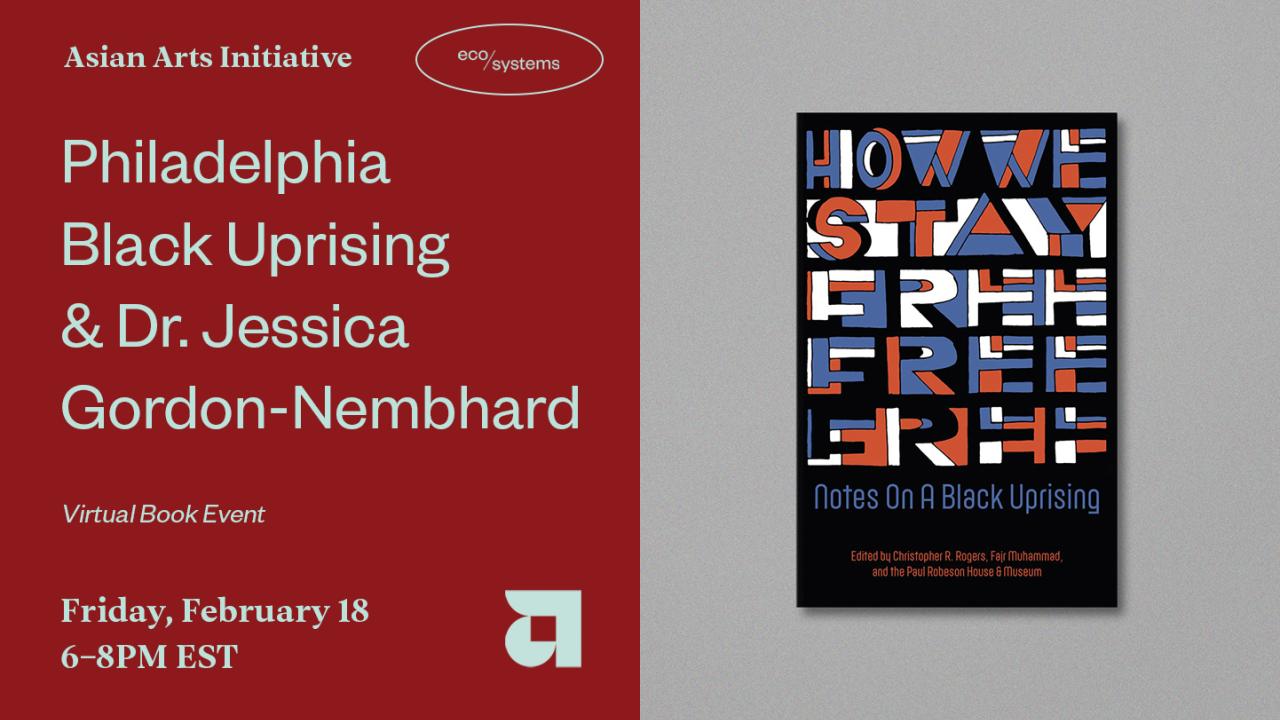 Join us to celebrate the release of How We Stay Free: Notes on a Black Uprising, a collection of reflections and testimonies, prose and poetry, from those on the frontlines of the protests in the city of Philadelphia following the murder of George Floyd, and the Black organizers that led, sustained, and nurtured the movement for abolition. The book is edited by Fajr Muhammad, a writer and editor in Philadelphia, and Christopher Rogers, Program Director for the Paul Robeson House & Museum.

They will be joined by Jessica Gordon-Nembhard, Ph.D., Professor of Community Justice and Social Economic Development, at the City University of NY. Dr. Gordon-Nembhard is a political economist, and author of Collective Courage: A History of African American Cooperative Economic Thought and Practice (2014). They will also be joined by Charlyn Griffith, an interdisciplinary artist, social scientist, and cultural worker, and Jena Harris, the cofounder of the West Philly Bunny Hop.

*This is a virtual event. Please register to receive a link to view the live stream.

HOW WE STAY FREE: NOTES ON A BLACK UPRISING
An anthology-in-action of the culture and politics of Black liberation, rooted in Philadelphia’s Black Radical Tradition.
Edited by Christopher R. Rogers, Fajr Muhammad, and the Paul Robeson House & Museum.

In the midst of a global pandemic and a nationwide uprising sparked by the murder of George Floyd, Philadelphians took to the streets establishing mutual aid campaigns, jail support networks, bail funds, and housing encampments for their community; removed the statue of Frank Rizzo—the former mayor and face of racist policing; called for the release of all political prisoners including Mumia Abu-Jamal; and protested, marched, and agitated in all corners of the city.

How We Stay Free collects and presents reflections and testimonies, prose and poetry from those on the frontlines to take stock of where the movement started, where it stands, and where we go from here. A celebration of the organizing that sustained the uprising, How We Stay Free is a powerful collection that invites us all to celebrate Black life, find our place in an ongoing rebellion, and organize our communities for the creation of new, better, and freer worlds.

Author of Collective Courage: A History of African American Cooperative Economic Thought and Practice (2014), and 2016 inductee into the U.S. Cooperative Hall of Fame, Jessica Gordon-Nembhard, Ph.D., is Professor of Community Justice and Social Economic Development, in the Department of Africana Studies, John Jay College, City University of NY. Dr. Gordon-Nembhard is a political economist specializing in cooperative economics, community economic development and community-based asset building, racial wealth inequality, solidarity economics, Black Political Economy, and community-based approaches to justice. She is co-editor with Ngina Chiteji of Wealth Accumulation and Communities of Color (University of Michigan Press 2006). She is a member of the Cooperative Economics Council of NCBA/CLUSA; the International Co-operative Alliance Committee on Co-operative Research; a Faculty Fellow and Mentor with the Institute for the Study of Employee Ownership and Profit Sharing at Rutgers University School of Management and Labor Relations; and an affiliate scholar with the Centre for the Study of Co-operatives (University of Saskatchewan, Canada). Gordon-Nembhard is also a past board member of the Association of Cooperative Educators; a past fellow with the Center on Race and Wealth at Howard University; and a member and past president of the National Economic Association. She is the proud mother of Stephen and Susan, and the grandmother of Stephon, Hugo, Ismaél and Gisèle Nembhard.

Charlyn Griffith is an interdisciplinary artist, social scientist, and cultural worker. Charlyn’s arts background started in dance and theater and was borne out of the cultural zeitgeist of the 1980s–1990s. They have been shaped by the overlap of their Caribbean upbringing in the US and their English immigrant experiences.

Jena Harris is the cofounder of the West Philly Bunny Hop and has worked in food cooperatives in Philadelphia for several years. She is always looking for ways to fuse her food work with the broader community. 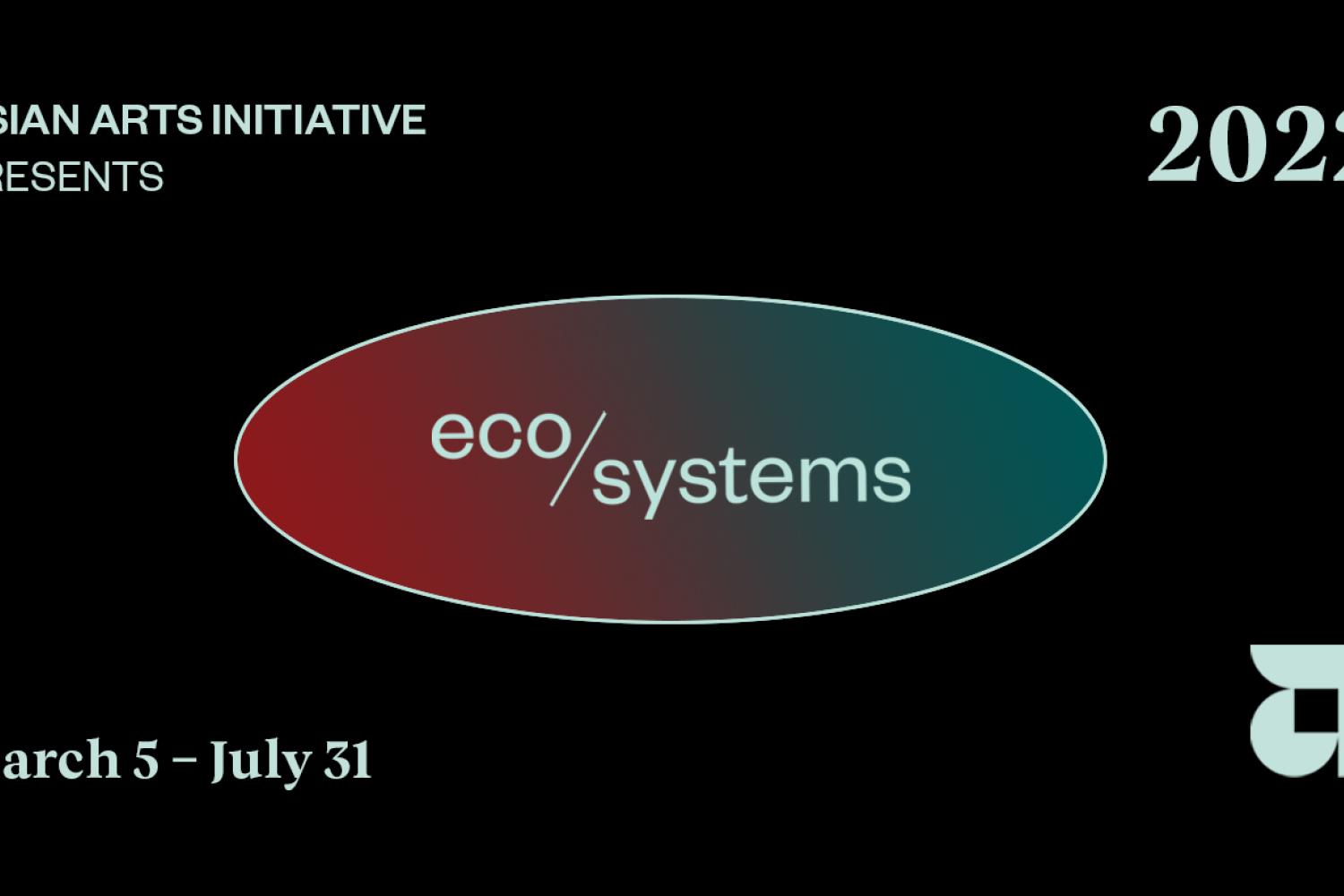