All of the obstacles to our collective and complete humanity, must be torn apart.

As workers and leaders of the arts and culture sector of Philadelphia, almost three thousand of us signed a letter of demands we penned earlier in the month with BlackStar Projects and Vox Populi, addressed to the Mayor of our city. The Philadelphia Arts for Black Lives campaign includes signatures from many of you reading this newsletter. Our demands can be encapsulated in this fundamental resolution: for the city to recognize our collective and complete humanity. To honor this pledge, we made commitments for meaningful positive change, for all citizens, but especially for Black Philadelphians.

City Council invited us to a conversation about the city's budget. We elected them to represent our needs as complete humans so it stands to reason they would budget to represent us, collectively, completely. They did not. In response to our refusal of their budget proposal, City Council approved an amendment which puts Arts and Culture back on the general ledger, saving it from the bring of extinction.

It's a start. It's not enough.

Let's keep up our co-operative engagement and show the city how we can lead in effecting the changes we demand. Because it's all good that we've signed into shared beliefs, but it's not enough if we don't keep doing The Work.

City Council's new budget reverses a $19mm increase to the police and redistributes a total of $33mm from police to other human services. This is not nearly enough. This new budget does not signify meaningful positive change. It does nothing to protect Black people from the police. We must work toward the complete re-imagining of safety. This budget amendment feels like a good start, but really, change has been a long time coming. It's not a start. It's a continuation.

Asian Arts Initiative was founded a generation ago in response to tensions inside Black and Asian Communities. Back then, we were also fighting to be recognized as complete humans; also demanding more representation in the city; also responding to state violence against Black people. The language of protest may have changed, as each generation assumed different rules of engagement and responds to different triggers, but we arc toward the same justice we fought for then. Art has always been an important tool of positive change in the community. AAI will continue to deliver art that builds community and we will continue to work on ourselves, as an organization is but a microcosm of the community to which it is beholden. Unapologetic Pug: Please visit the "Thank You, No Thank You," exhibition now on display at our website, featuring artists from a Southeast Asian context on the occasion of the legal end of the American War in Vietnam, Laos, and Cambodia. 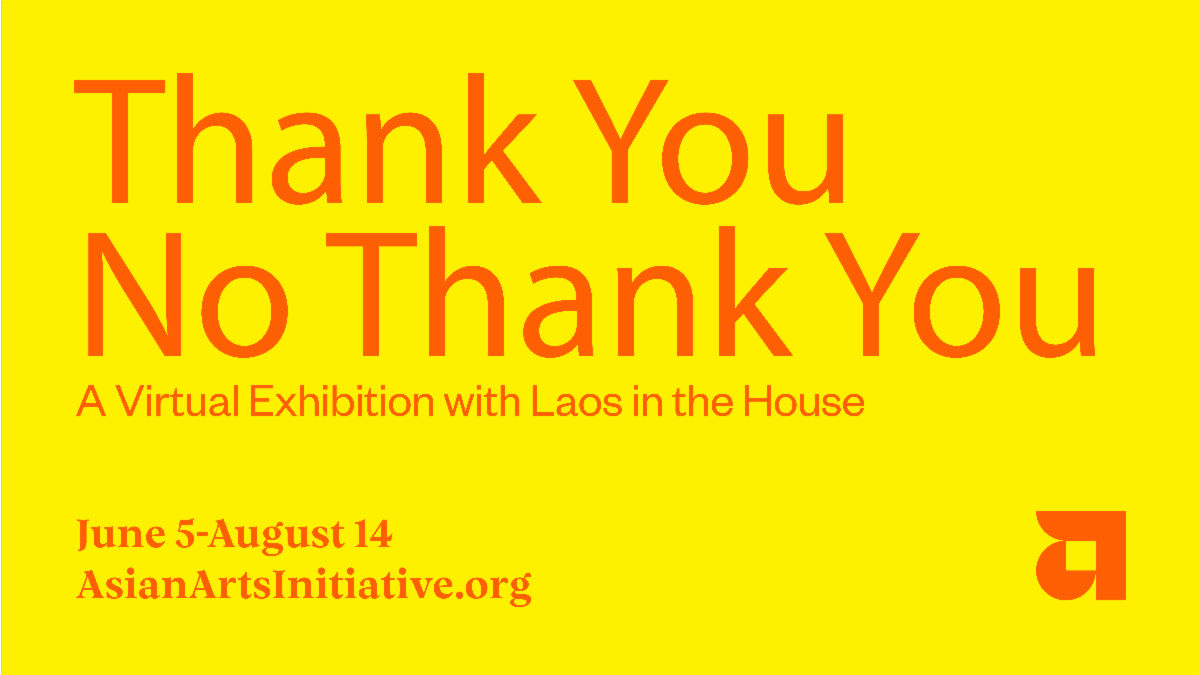