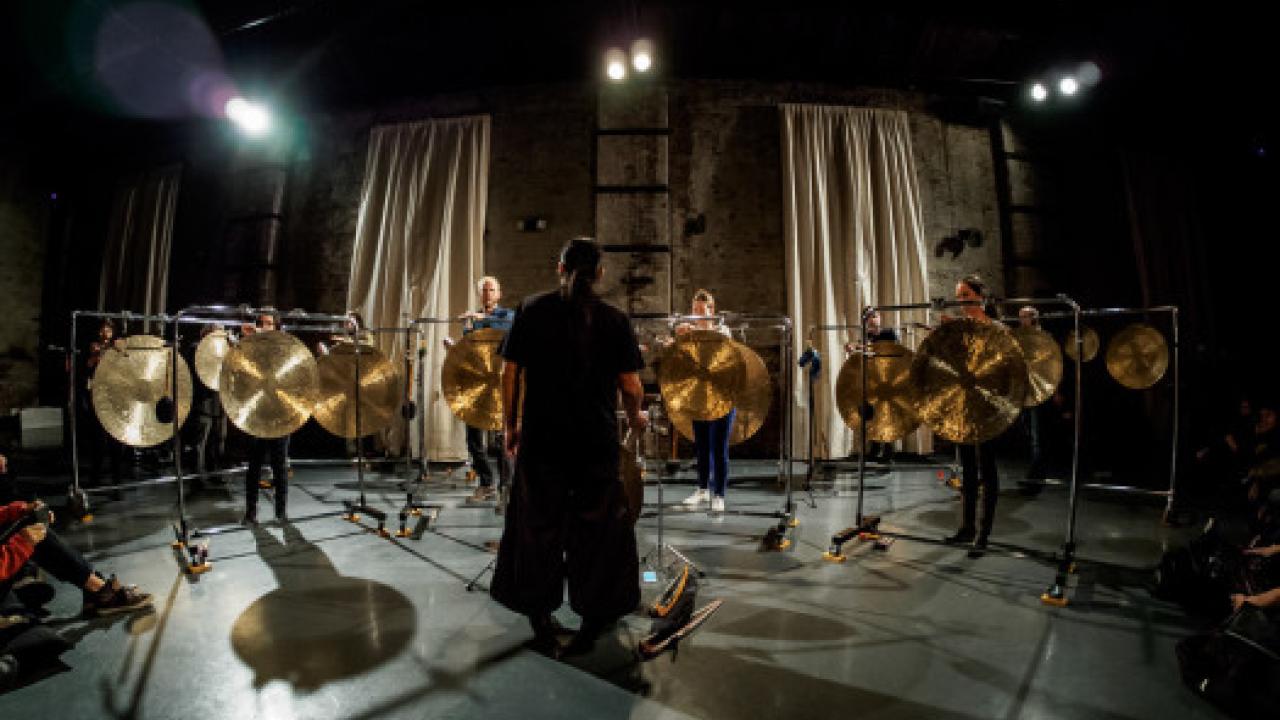 I have to confess that until I attended the Nakatani Gong Orchestra concert underneath the Reading Viaduct on First Friday, my knowledge of gongs was limited to museum displays, alarm clock ringtones, and a screaming Mushu in Mulan.

This tells me a lot--about our limited interactions and understanding of  Asian arts, and why non-traditional use of instruments and public space is such an important question.

The Nakatani Gong Orchestra, led by Tatsuya Nakatani, is the only gong orchestra in the world and made up of professional percussionists and amateur community members. On June 2, they performed on Pearl Street underneath the Reading Viaduct. (For those who’d like a refresher on Philadelphia geography, it’s part of an old freight line that’s no longer in use but has now come back into public debate due to the proposed Rail Park that will be built on top.

Nakatani is down-to-earth and straightforward about this work. When I asked him about his inspirations for the gong orchestra, he describes the process rather haphazardly: “In the beginning, I was experimenting with different sounds on drum instruments. And then I thought, maybe I can bow on the gong.” He also makes his own bows for these gongs, as if percussionist and orchestra director weren’t enough artistic responsibilities.

Where his passion clearly lies is how he’s repurposed this ancient instrument, one that’s not considered to be an art form and sadly been reduced to a relic. “In the long history of the Chinese gong, most of its historical purpose is to make ceremonial music,” Nakatani explained. “But I’m using it as a contemporary art form--this crossover point is interesting to me.”

And it fittingly calls attention to the performance venue that’s also been repurposed, both efforts to enliven a space for everyone to enjoy. After all, the Nakatani Gong Orchestra has performed in DC’s Kennedy Center and venues that are all too different from our moss-covered tunnel that’s decorated with budget LED lights. I wonder if audience members were conscious of their role in creating such a special environment. Instruments change and neighborhoods change, and in the midst of that change is the opportunity to participate, engage, and connect with everyone around you.

If you missed the Nakatani Gong Orchestra, be sure to come to the next Pearl Street micro-project for the 2017 summer season! Big Bright Monster will be next on Friday, July 7, and I’ll be posting on that in the coming weeks.